Carandiru, as the Detention Center Prison Complex became know as, the largest in Latin America, will be deactivated before May, 2002.

With that purpose, almost eight thousand convicts will be transfered to penitentiaries spread throughout the whole state of São Paulo in a true and secret war operation. After all the seven pavilions are completely empty, the construction will be entirely imploded.

On the other hand, Hector Babenco, the well know director of “Pixote, the Law of the Weakest” and “Kiss of the Spider Woman”, will be shooting the feature film “Carandiru”, based on the brazilian bestseller by Doctor Dráuzio Varella, in the actual location of Carandiru, exactly in the days that it is being emptied.

The research for the book and for the film involved testimonies by inmates and ex-convicts and a large research on the prison’s everyday life. Dráuzio Varella conducted an important and unprecedented work of AIDS prevention in the Detention Center.

This project has as objective the making of a documentary that will investigate the final process of life in Carandiru (everyday life of the last days, the memories of crimes and events, the diverse and conflicting opinion on the deactivation) at the exact moment that the fictional feature film by Hector Babenco is being made.

Besides the urgency of the events, the deactivation of the Carandiru Complex, this movie has the unique opportunity to conduct a creative investigation on the process of the making of a fictional movie based on a true context.

Many documentaries became important references on the “making of a movie”, such as “Heart of Darkness” that Eleonor Coppola made on the movie “Apocalipse Now”, by Francis Ford Coppola, and the movie “Les Blank” about the shooting of “Fitzcarraldo”, directed by Werner Herzog.

“Carandiru.doc” intends to have that same attentive and revealing look on the movie “Carandiru”. It will be like an open and privileged window that will reveal for the public this process of transforming fiction into reality that cinema achieves.

HECTOR BABENCO is a director of national and international prestige, who’s direct and deep way of seeing the world has given the public, unmatched movies.

This is the fourth movie where HECTOR BABENCO situates the plot within the walls of a prison. It was so in “Lucio Flavio, Passenger of Agony”, “Pixote” and “Kiss of the Spider Woman”. To reveal beyond the concrete and realistic implications, the symbology of the prison universe will be one of the main focus points of this documentary.

DRÁUZIO VARELLA, besides his recognized work on oncology and preventive medicine, succeeded in writing a humane and revealing book about the complex and polemical universe of the largest prison in the country, Carandiru. A book that opened wide the cracks of the secret universe of jails.

CARANDIRU, Detention Center, a place of cruelty, of human remains, of violence, of exception ? A secret and forbidden place, but strangely so close to us all? To plunge into the movie will mean to know life and death within those walls. To understand the silence and the screams behind gates so well shut.

Besides the credibility and excellence of the names involved and the importance of the theme, justification for this project is based, above all, on the opportunity to reflect on the reality of prison life.

THE DOCUMENTARY AND FICTION

We all know that the documentary has as a characteristic to be sensitive to the transformation of facts (the reality): to see things and people, with clean eyes, without retreat or redemption. And that fiction is built and determines its rules through the obsessive compulsion of the director in determining the destiny of facts and characters, adhering to the evolution of what he films.

Today contemporary movies has appropiated of what is a documentary and what is fiction, using elements from both languages, so as to emphasize and turn sacred the images and sensations of reality.

The opportunity of making this documentary about Carandiru, as it is about to end and while a fiction film is made about it , surely, will reveal to the spectator a privileged view of how all these issues and conflicts interact in the construction of reality and the movie.

It is through the documentary material of Carandiru and the fictional one (scenes from Hector Babenco’s movie) that the relations of what is documentary and what is fiction , and the truth in these two kinds of images, will interact. Sometimes in agreement, sometimes in opposition.

It is interesting to point out that we don’t intend to establish a final discussion on the problems and issues in the national prison system, but to plunge into the human universe of the prison, so well dissected in Drauzio Varella’s book.

So, at the same time, the Carandiru Complex will be the place where the story unfolds and the main character of this documentary. 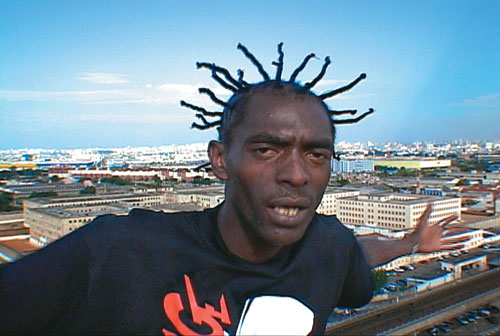 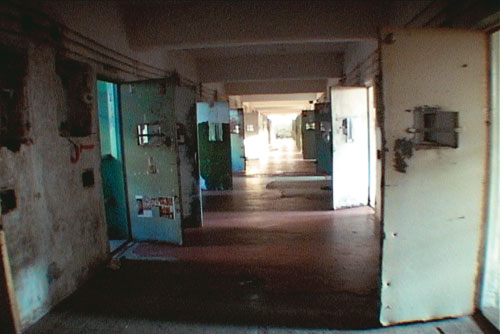 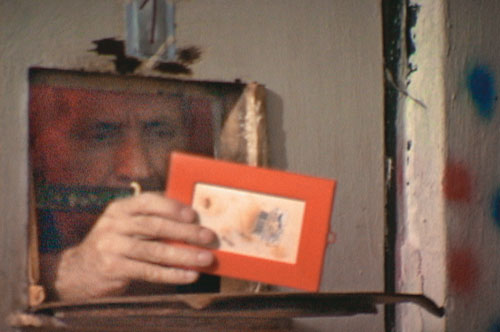 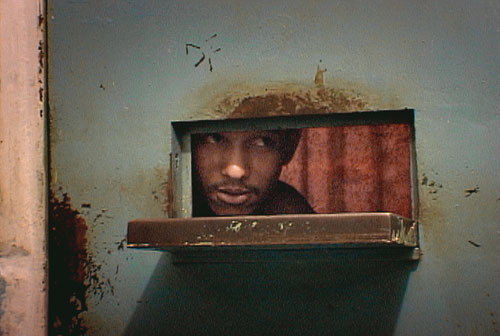 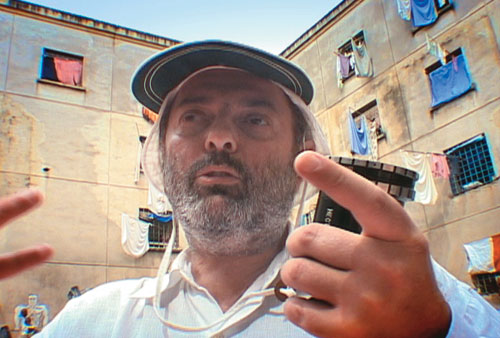 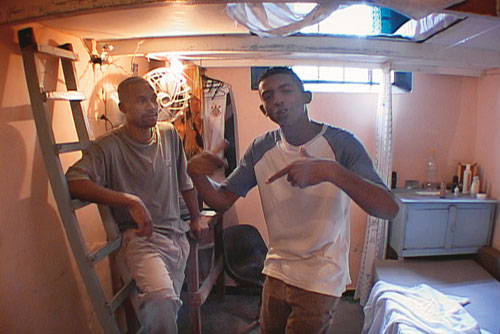 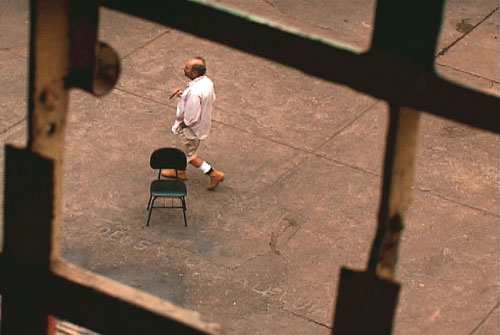 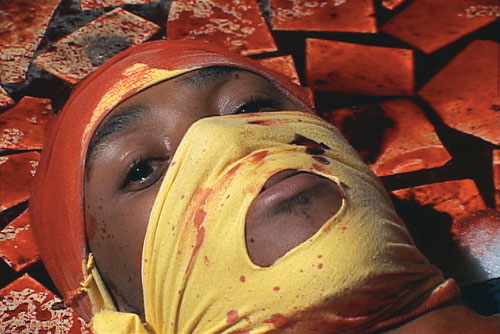 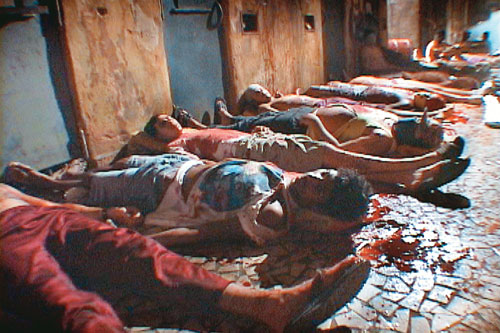 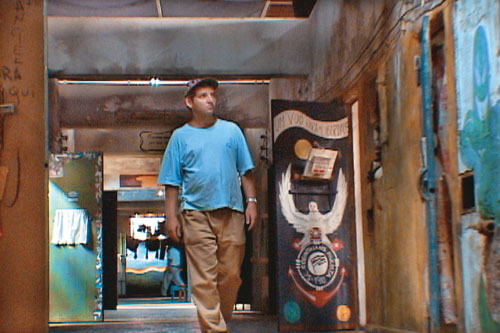 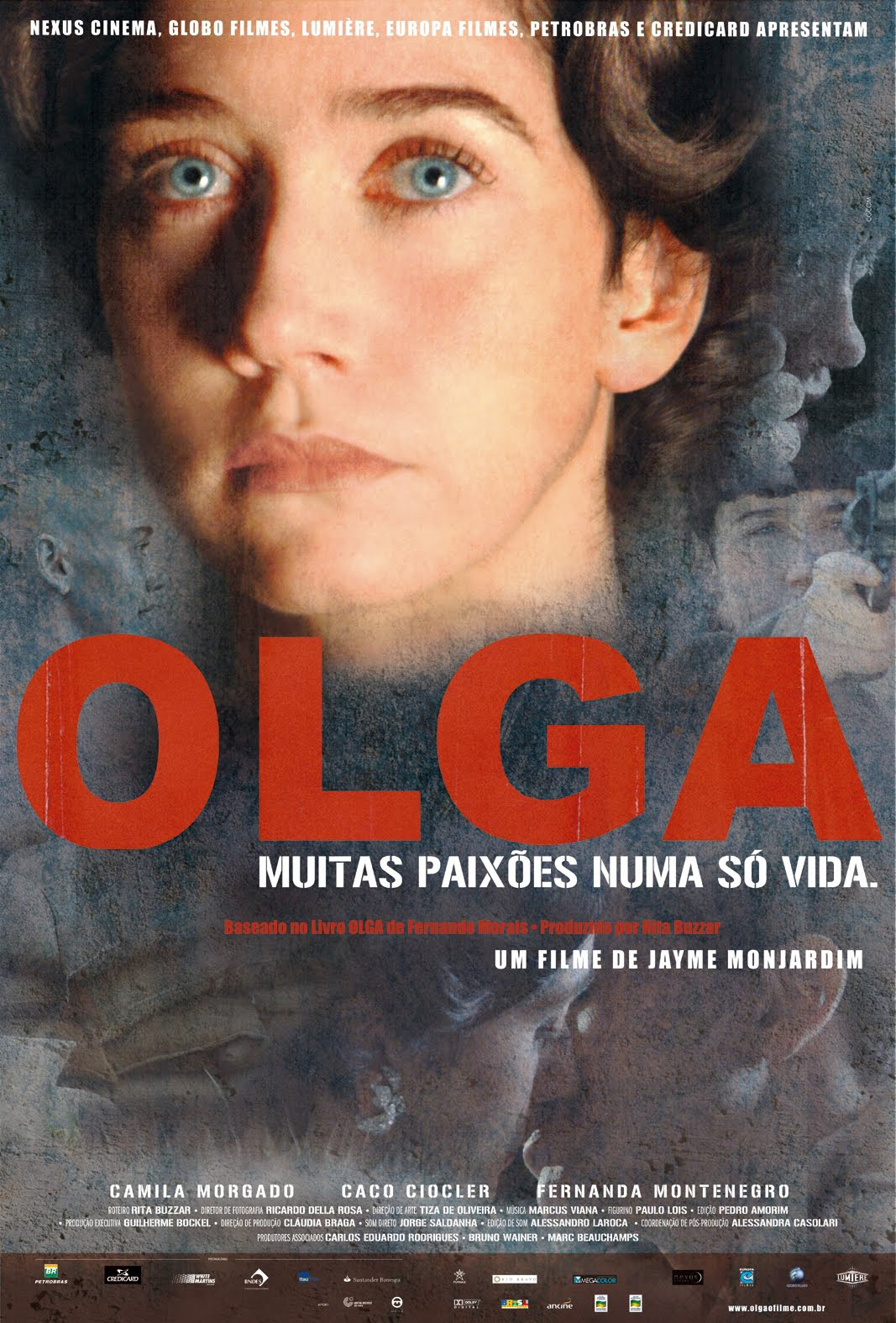