Olga, German, was the daughter of Leo Benario, a lawyer from Munich and an extremely influential man in the Social Democratic Party during the Weimar Republic and Eugénie Gutman Benario, socialite from a very wealthy Jewish family. At 15, she began militating in the Communist Youth Movement and was known for her fearless, physical courage.

Wanted by the German police, Olga has to escape to the Soviet Union. There, she receives military training, and is designeted for the most important Komintern mission in Latin America. She is to be responsible for the personal safety of the mythic Brazilian revolutionary Captain Luis Carlos Prestes who, together with his tiny army, traveled, on horse back, from one side of his country to the other combating poverty and oppression. Pursued, Prestes had to escape to the Soviet Union. Now he has to return to command the first communist uprising in the South American continent, the Brazilian Revolution of 1935.

On a risky trip through Europe and the United States and forced to pretend to be a rich Portuguese couple, Prestes and Olga fall in love. The experienced and disciplined 37 year old soldier reveals himself to be a very shy person and confesses that he had never before been with a woman.

In Brazil, Prestes and Olga meet other envoys from the Komintern and, clandestinely, organize the insurrection. In and between the secret meetings and the fear of being discovered by the police, Olga tries to understand this strange country, with its strong colors, sun, music and disconcerting gaiety. For a few moments, she even begins to believe that this could be paradise, the perfect country.

However, the movement is tragically defeated. All the revolutionaries are crushed by the dictator Getulio Vargas’ police. Many are arrested and many others are killed.

Olga and Prestes manage to escape and live in hiding for several weeks, for they are searched for by all the political police of Rio de Janeiro. In the early morning of march 5, 1936, the police find the fugitives. The order is to kill Prestes, however, Olga’s desperate gesture, running in between the elite riflemen and her lover’s body, saves him from being murdered.

Both are imprisoned. Alone in her cell, unable to communicate with anybody and at the disposal of Vargas’ violent police, Olga discovers that she is expecting Prestes’ baby. Delighted, she still dreams of the possibility of freedom and union with him. However, after just a few days, Vargas strikes the final blow against the movement and its main leader by deporting Olga to Hitler’s Germany.

At 15 Barnimstrasse, in Berlin, the fearful Gestapo women’s prison, Olga gives birth to her only daughter, Anita Leocádia. Suddenly, she finds herself full of peculiar feelings that she had never before known she had. She becomes an loving and caring mother, that tries to amuse her daughter within the grimy walls of her cell. For the first time in her life, Olga is scared, for she knows that once she stops nursing her baby, she will be taken away from her.

At fourteen months, Anita is grabbed from her arms. However, an international campaign began by the tireless efforts of her mother-in-law, (Olga’s own mother refuses to do anything about it) saves the child who is given to the family to care. Nevertheless, believing that her daughter had been placed in a nazi detention house and distraught with pain, Olga stops eating completely and loses all energy, even to get out of bed. She recalls the tenderness she had found in the warmth of her baby’s tiny hands and wants to die.

Slowly, it is the hope of seeing Prestes and her daughter again some day that leads Olga to continue her fight. Transferred to the Ravensbruck concentration camp, she decides to organize and guide her fellow inmates. Together they try to survive the starvation, the madness and the violence.

At that exact moment, the great Stalinist terror is already fully underway. Almost all Olga’s companions in Soviet Union, are arrested and killed. In 1939, after the non aggression pact between Hitler and Stalin, there are maneuvers to free Olga, but they are ignored by the Soviet government.

Olga is never to see Prestes nor her daughter again. She is one of the first victim’s of the nazi final solution. She is killed in a Bernburg gas chamber in 1942. Luis Carlos Prestes is released in 1945, when the Vargas government is deposed. Anita Leocádia is alive and today lives in Rio de Janeiro.

Olga’s story is the reflection of an era of obscurity and terror, it is Hitler’s, Mussolini’s and Stalin’s era. It is the fascinating and disturbing portrayal of a woman that believed she could illuminate the world with her dreams, her courage and even with her death.

OLGA: A STORY OF LOVE AND INTOLERANCE

NEXUS CINEMA AND VIDEO and GLOBOFILMES are preparing “Olga”, a feature film based on the homonymous book written by the Brazilian journalist Fernando Morais – a success in reviews and a best seller in Brazil, the United States, Germany, France, Sweden, England and other countries.

Idealist? Spy trained by the Red Army? Adventurer? Soldier of the Revolution? Romantic? Who was Olga Benário Prestes, one of the first victims of the nazis’ “final solution”? Olga’s course has everything to do with this. The kind of bolshevic iron warrior that was transformed into a woman in Brazil. That perfect and daring agent that knew fear here. The militant that was always right that found out how bitter the so called “historical mistakes” could be. And what vision did Olga have of Brazil? What twisting path led foreigners, so elected by history, to loose their way here. Stefan Zweig, Hans Staden, and even Sarah Bernhardt…A kind of inside out paradise or the bottom of a well with crystalline waters? In the history of cinema, strong female characters became renowned classics by the media and critics, for being exceptions in an entertainment industry so focused on the male world. The drama of a strong woman, determined, idealist and beautiful, together with the historical polemical context, whose themes are till this day portraied all over the world: anti-semitism and nazism, will result in a greater public interest for this movie.

The story of Olga Benário synthetizes the conflict between nature and the implacable discipline imposed to the communist militants in the first half of the 20th century and the emergence of their individuality , of her fellings as a woman, of love and maternity. In Brazil OLGA is considered one of the greatest best-sellers of the editorial market. The book was translated into many languages, amongst them english, french and german.

“More than the warm portrayal of a woman, Olga reveals us the courage, sectarianism, solidarity and the optimism that led communist militants to sacrifice in the years that followed the Second World War.” Le Monde , France. “A fascinating love story.” Playboy. “Fernando Morais recreated the love, courage, integrity and devotion of a woman.” Booklist, Chicago. ” Mais que o caloroso retrato de uma mulher,Olga nos revela a coragem, o sectarismo, a solidariedade e o otimismo que levaram ao sacrifício militantes comunistas nos anos que preceram a Segunda Guerra Mundial.” Le Monde, Paris ” The story offered Fernando Morais settings and events that seem to have come straight out of a Hollywood movie…” Los Angeles Times. ” Olga’s life shines upon contemporary history’s dark underworld and was narrated with the impact of a suspense novel.” Standard, London ” This documentary novel is the journalistic work of a master grabbing the reader from the first to the last word.” Suddeutsche Zeitung , Germany

Editions of Olga around the world 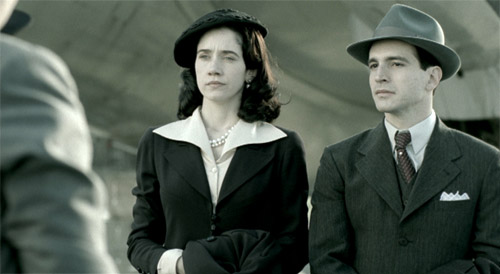 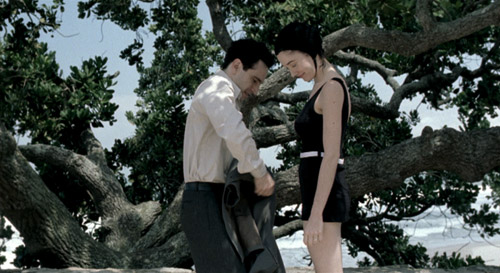 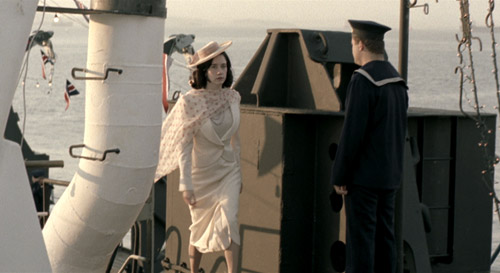 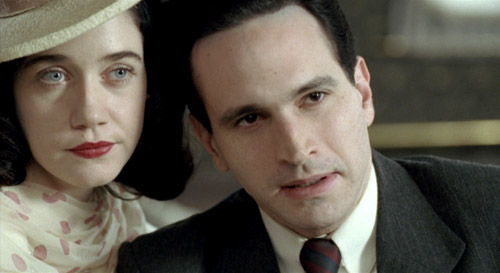 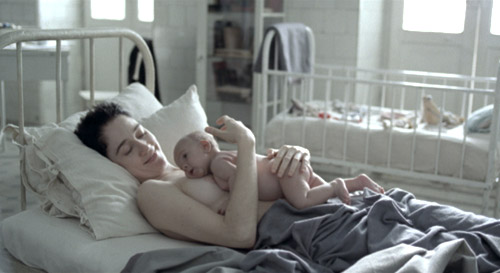 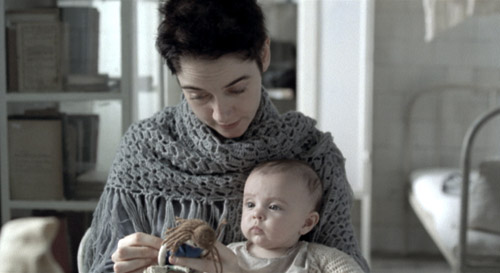 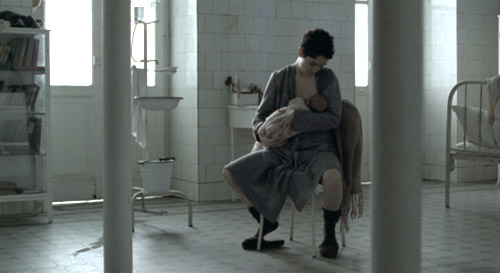 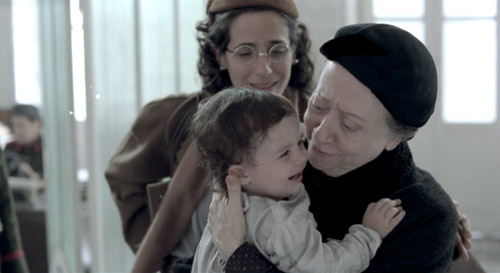 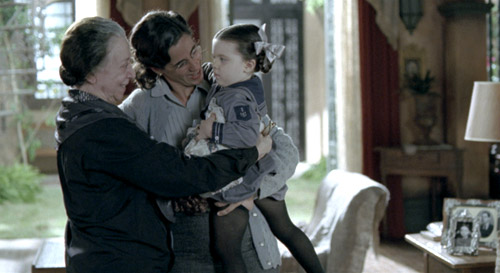 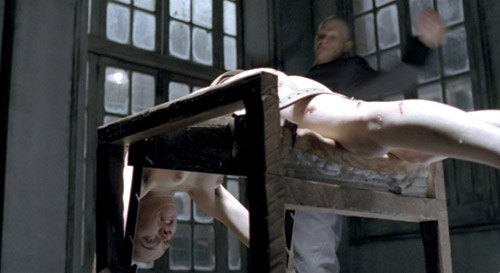 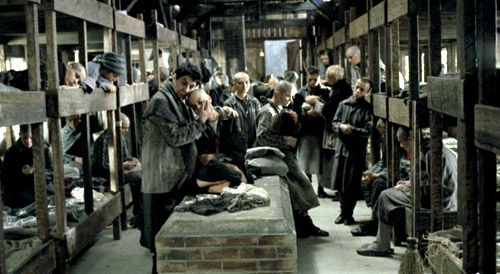 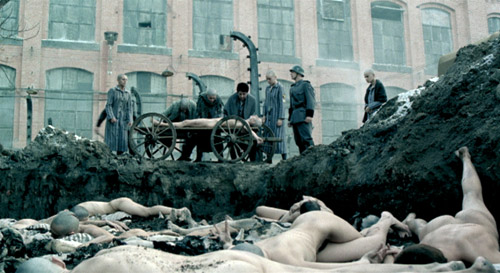 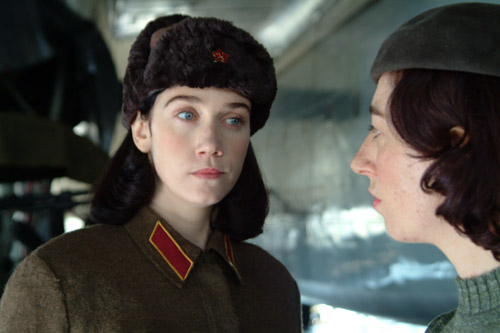 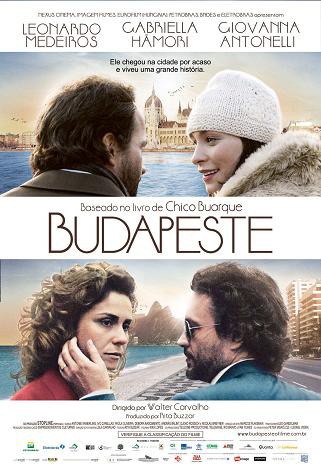